A Few Words about “Setting” by Juliet Waldron

There are probably as many approaches to novel writing as there are writers. Some have a tendency to see things as a screenplay—action and dialogue. Others see characters and relationships first, and find that dialogue and action grow from that. Some plot carefully and make a comprehensive outline. Others just begin when a voice begins to speak irresistibly in their mind. Those novels grow organically.

Others begin with the world in which the characters will move. Science Fiction and fantasy writers often begin this way. Historical novelists may also become intrigued by a particular era, and this fascination leads to the creation of characters who will exist in a “period” world.

These writers probably have the easiest time with what I call “world building,” because setting/or period, or that “Other Land” plays a large part in the imaginary kick that got them writing in the first place.  There are plenty of examples of science fiction, fantasy and historical novels which find their inception in the particular author’s vision. (Think “Dune” or “Lord of the Rings.”)

In most writing courses you’ll find discussion of using the five senses of sight, hearing, touch, taste and smell. All need to be engaged—not all the time, of course, or nothing else would ever happen—but if your couple are seated side by side at a Regency dining table—even if they are thinking only of each other—either loving each other or hating, as the case may be—they will be surrounded by other people talking, servants coming and going, and a great deal of food. There will be ambiance a-plenty and input will be coming from all their combined senses.

In the last 40 years, people have become more than a little distracted from reality—not only by television, but by hand held games, cell phones, not to mention the artificial A/C world we inhabit during long, hot summers. As a result, we don’t really spend a lot of time paying much attention to where we actually are—and what signals are coming from our environment.

If you are walking down a street in a 3rd World Country—or on some far off planet, orLondon in Shakespeare’s day–there will be unfamiliar smells as well as unfamiliar sights. For instance, I went to school in the West Indies back in the 60’s, and rode the bus to the central market daily, and then walked up to the school through the narrow city streets. There was gray wash water running in slimy green gutters, the occasional furtive rat; there were fruit rinds and mango seeds scattered around as well as bottles. 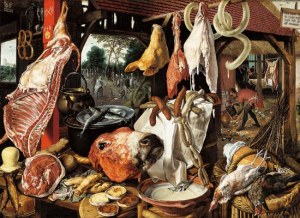 As well as sight, I experienced unfamiliar smells too. As a sighted creature, we tend to concentrate on that, but in the West Indies of that time, there was the smell of people who didn’t have facilities for washing other than the a central pump in whatever village they’d come from, of starchy school uniforms, dark office clothes and the beginning of the day’s sweat. There was market refuse, discarded fruit and animal manure ripening in the sun, the smell of a hard-worked donkey as he clopped by, the goats that rode the bus with you.

(Have you ever imagined what a werewolf or a vampire would actually smell like?  I’m not a fan of these fantasy creatures, so in my imagination—they’d smell like–nothing good! 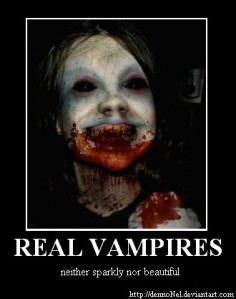 Is your character a temp, facing a vacated desk in a modern office? What’s the keyboard like—is it sticky with coke spills, covered with ashes? Or is it spotlessly clean? How does your character deal with this temporary workspace? Does she first head for the washroom and paper towels? Does she bring a can of Lysol with her to work with which she first sprays down everything, especially the phone?  If she does,  this is not only setting, but an expression of her character. How does she react to the environment in which you’ve placed her? These “details” become incredibly important, when setting breathes life into a character.

5 responses to “A Few Words about “Setting” by Juliet Waldron”