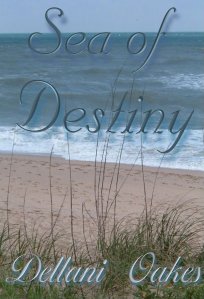 Kyle visits Emily in the infirmary and encourages her to visit the faith healer, figuring it can’t hurt for her to try. Afterward, Dr. West reveals some secrets about Emily that shock Kyle. Emily is a very wealthy woman, the only heir of billionaire Edward Geraci, who was killed in a car accident just before her husband left her. It couldn’t be proven, but police suspected her ex-husband had something to do with the so-called accident.

“Indeed, the cancer could have done for him what he could not do for himself. Had he stayed, based on her will, he would have inherited everything.”

“No one has seen her new will, though we all know that she has taken Robert Blume out of it. He gets nothing if she dies.”

“And you all thought I was pulling a Robert? Thanks.”

“After talking to your housekeeper, I was relatively certain that I was wrong. She seems too open and honest to lie to me about something like that.”

“Carmelita is an honest, God fearing woman. If you ever insinuated that she was lying—well, I’d hate to be you. She’s got a mean right hook.”

Doctor West laughed, then turned serious. “Adam said he told you of her goal.”

“At least he can see how much I care for her, even if you can’t.”

“I see him as young, trusting and very astute. But yes, he told me.”

“And what do you think?”

“That if it will make her feel better, even if he doesn’t cure her, she should go. How long have you been a doctor?”

“And in that seventeen years did you ever see things you couldn’t explain? Miracles, if you will.”

“Of course. Every doctor has.”

“Then why can’t it be a real miracle this time? If you’ll excuse me now, my children are expecting me to tuck them in.”

Kyle turned at the door, facing the doctor.

“I apologize for distrusting you.”

“As long as we’re square now, no hard feelings.”

“I’ll be by to see her tomorrow before I take the kids sightseeing.”

After getting the kids to bed, Kyle settled down for a long night’s sleep, but he couldn’t relax. He moved around restlessly, his mind too active for sleep to come. He had a lot to think about. There was a light tapping on the adjoining door. Carmelita was there with two bottles of beer in hand.

“I figured you could use this to help you sleep.”

They went to the sitting room. Neither of them spoke for a few minutes. Kyle didn’t know how much Carmelita knew about Emily and didn’t want to say anything until he did.

“I talked a long while with that handsome Doctor West today.”

“Yes.” She grinned. “That was the first thing I asked him before he told me why he was talking to me. He was worried about you and Emily. Of course, having you diving for her tonsils later didn’t make him feel much better.”

“It wasn’t like that, Lita. It was just a kiss. No one needs to make a big deal out of this. I’ve kissed her a couple times, we’ve been dancing.”

“Yeah. I’ve heard about him. He sounds like a real winner.”

“What exactly have you heard?”

“He was creepy and manipulative and may have killed her father.”

“Did she tell you he’s threatened her? He visited her in the hospital before their divorce, making noises about suing for alimony, getting a settlement, keeping her from changing her will. He even threatened her life.”

“I hope they put the bastard in jail.”

“For awhile, but they can’t hold him forever. Did the doctor tell you anything else?”

“That her father was worth a huge fortune and now she is.”

“That one of the things she owns is this cruise line.”